Ph.D. Mathematics.  Colonel, USAF, retired.  Long-time editor of the original Defense and the National Interest website (archived here — NO relationship to the site now at that address!), and blogs at Fast Transients.  He is Adjunct Professor of Strategy and Quantitative Methods at Kennesaw St. University in Atlanta, and author of:

Although he played a decisive role in the creation and early days of the FM website, and still provides valuable guidance, he assumes no responsibility for the material on this website.

His bio from Slightly East of New:

Chet Richards was an associate of the late Col John Boyd from 1975–when Boyd asked him to look over the mathematics parts of “Destruction and Creation,” his first paper on strategy–until Boyd’s death in March 1997. In the intervening years, he was involved with Conceptual Spiral, The Essence of Winning and Losing, and the later editions of Patterns of Conflict and with all of Boyd’s investigations into the applications of his ideas for business. 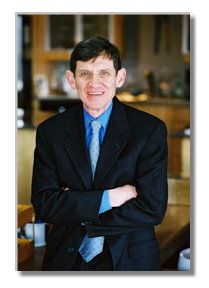 As this is written, he is the only one of Boyd’s close associates who gives Patterns of Conflict and the other presentations from Boyd’s Discourse on Winning and Losing. Please contact his agent if your institution is interested in booking any of these.

Chet began his career in 1971 at the tactical air shop of the Office of Program Analysis and Evaluation in the Office of the Secretary of Defense. One of his responsibilities was the USAF Lightweight Fighter Program, which led to both the F-16 and F/A-18, two of the most produced aircraft in US history. He left the government in 1976 and spent the next 25 years wandering among various outposts of the defense business, including Northrop Grumman, CACI, and Lockheed Martin.

Today, he is somewhat retired in the Lowcountry of South Carolina, near Hilton Head. He does maintain an affiliation with the Atlanta public relations firm, J. Addams & Partners, who also acts as his agent for any engagements that he finds amusing or sufficiently profitable. In 2012, he was elected a founding fellow of the Lean Systems Society.

Chet is the author of Certain to Win (2004), on applications of Boyd’s ideas to business, and also has three books out on defense issues. The first, A Swift, Elusive Sword (2001), advocated elimination of the US Army, among sundry transformation initiatives. It had a second printing, has been translated into Russian, and has been a text at the National Defense University and the US Naval Academy. His next book was Neither Shall the Sword, published in January, 2006, which carries the recommendations of A Swift, Elusive Sword to their logical conclusion, and his most recent, If We Can Keep It: A Manifesto for the Next Administration was published in early 2008. You can download a free PDF of IWCKI via that link from our Articles page.

Certain to Win is also out in a special Indian edition and has been translated into Portuguese (2008). In February 2019, Toyo Keizai published a beautiful Japanese translation by the eminent Professor Tsutomu Harada.

With his wife, he founded and operated Defense and the National Interest, selected by the National Journal as one of the top five defense sites on the Web. Content from that we 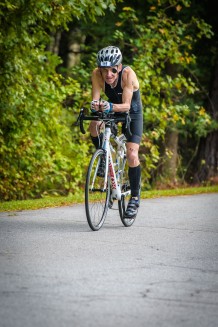 b site is now archived at http://DNIPOGO.org. [There is another site that has taken over the original DNI name and URL. It is NOT affiliated in any way with Ch

et or the original DNI site.]

Chet is also Colonel Richards, USAF, Ret. He was the Air Attaché (Reserve) in the US Defense Attaché Office in Riyadh, Saudi Arabia, for a number of years and prior to that was assigned to Studies and Analysis on the Air Staff. He has commanded two reserve units, retiring in 1999 with the Legion of Merit.

He holds a Ph.D. in mathematics, which is why Boyd asked him to review “Destruction and Creation” in the first place.  Chet is a certified yoga instructor and recently retired as an RYT-500 in the Yoga Alliance. In his old age, he has become a 70.3 triathlete and holds a national ranking in his age group for swimming butterfly. Thereby proving that outliving the competition can be a viable strategy. He claims to be working on a new book describing the origins of some of Boyd’s strategic ideas in yoga and Zen.

View the links below to learn more about his books: